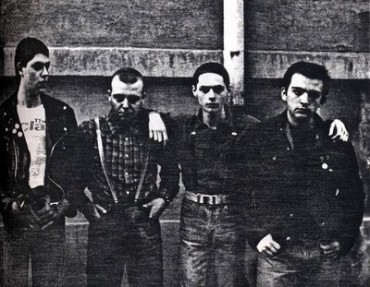 Nabat is a Italian oi! band pioneer from the 80’s and they still playing on the stages. The Bologna band did a interview for La Última rabia about his career path.

– Nabat are Italian oi! pioneers, how did you meet that music?

“We always loved and listened to the british records, from beat or rocksteady music to punk rock, so meeting oi! music was just a natural consequence of following the scene and the movement that came from Great Britain. “ 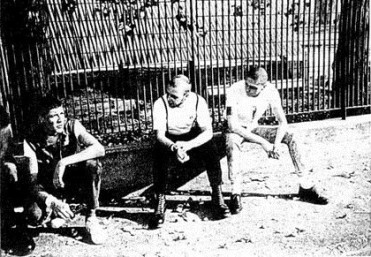 – The band was apolitic, how start have anarchist ideas inside Nabat?

“Nabat was the name of an ukranian anarchist confederation so we always had this type of ideal but we didn’t never really feel the necessity of manifest the thing.”

– I was reading about a performing at an anarchist centre, did you a collaboration with places like these?

“We often play gigs in places like these because we want to support the scene and the kids like us, but we don’t belong to any particular group or centre. We are all part of our music school named Vecchio Son where we organize a lot of activities and concerts.”

– Which were your first influences?

“We listen to a lot of music genres, but with Nabat our first influences are punk and glam rock, garage, beat, oi! (of course) and blues. We are really obsessed with bands like Rose Tattoo, Slaughter and The Dogs, The Stooges, Blitz, The Sweet, Slade, Black Flag.”

– Which memories you have about the 80’s?

“We did tons of things during the 80’s like organizing gigs, make up fanzines and compilations with bands and of course playing in lots of concerts because the scene was borning so our memories are beutiful but the times were tough.” 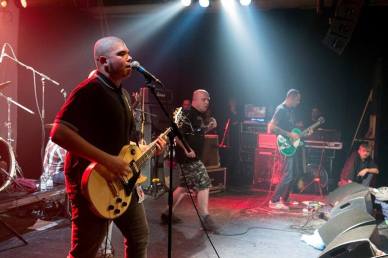 – What you want express with your songs?

“We want to express what we feel everyday about our lifes and the society we are living thru, talking about the unfair and dirty side of the reality.”

“We felt  the necessity to start again because we understood that Nabat was the rightest way to express ourself and continue to try of saying the truth.”

– Tell me about the Italian oi! scene.

“The Italian oi! scene has thousands of awesome bands from every city and every age. Luckily we are seeing a rejuvenation of the people that are componing the scene, so we are really trustful about the thing.”

– You have a new album, talk me about it.

“This new album is the proof that we still have something to say. The tracks talk about our city, the modern day problems, our partisans and how much the municipal council sucks!”

“It could be a very beautiful thing for us to come in Mexico, we always heard good things about it! Thank you for the interview!!! Good luck for everything and stay strong! NABAT!”